Media registration for the upcoming 20th edition of the International Film Festival of Kerala (IFFK) will start Friday, November 20th.
Eligible applicants can register for a media pass on the IFFK’s official website: www.iffk.in until Wednesday, November 25th.
Media passes will only be made available to media houses mentioned in the media lists issued by the Information and Public Relations Department and the Press Information Bureau. Cinema-specific publications (magazines and newspapers) and online portals related to movies are also eligible.
Passes will be issued only to media persons who are recommended by their respective bureau chiefs. The list of these names are requested to submit at Chalachithra Academy office in Sasthamangalam.
A media helpline number has been set up to provide further details and information regarding the registration process. Contact: 0471-4100321.
IFFK 2015, Kerala’s premier film festival, runs from December 4-11.
Posted by Unknown at 00:55 No comments:

Delegates can register for the upcoming 20th edition of the International Film Festival of Kerala (IFFK) on the festival’s official website www.iffk.in from today.
The Kerala State Chalachitra Academy (KSCA) has created a one-time registration system, which requires a delegate to register only once and retains the information provided – streamlining the registration process.
Returning delegates will only have to pay the Rs 500 fee – either through online payment or by downloading the challan from the State Bank of Travancore website and paying at any SBT branch across the country.
Usernames and passwords have been sent via SMS and email to delegates from last year’s festival.
First-time participants need only submit their names, addresses, mobile numbers, email addresses and occupation details to complete the registration process, after which they can use either the online link provided or the SBT website to pay the fee.
Online payments can be made using credit cards, debit cards or via net banking. Bank charges are included in the delegate fee. Registrants making the payment through SBT can use the bank website or counters set up in SBT branches using the printed challan forms. The charges for counter transactions are higher than for online payment.
Senior citizens, students and the differently-abled can pay the registration fees through help desks – reachable at 0471-4100320 – at the KSCA office in Sasthamangalam and the Film library and research centre at Panavila. Students can secure a pass for Rs 300 by furnishing the identity card issued by their respective institutions.
An online chat system and telephone helpline will be available from 9 am to 9 pm during the registration period to answer queries and lend assistance.
Delegates will be informed by email when the registration and payment transaction is completed. The KSCA will send periodic notifications about short film festivals, regional film fests and the IFFK via email.


Delegate cards and kits will be available from November 30 at delegate cells at Tagore theatre.
Posted by Unknown at 02:56 No comments:

IFFK at 20: Colour of Paradise to be screened next at Manaveeyam 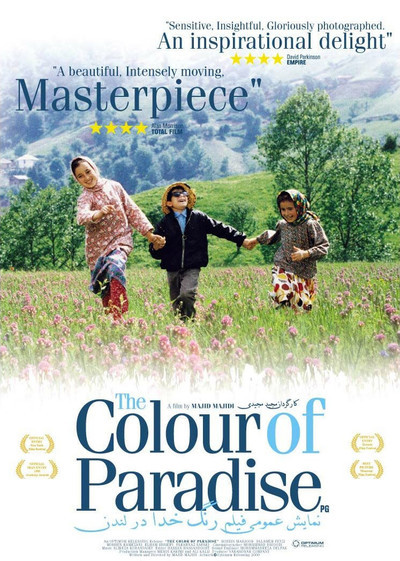 The 1999-made feature, the fourth from the celebrated Iranian director following his Oscar-nominated Children of Heaven (1997) is both paean to the divine and rebuking parable of the facile and materialist portrayal of children’s stories in mainstream (read: Western) cinema.
The story revolves around Mohammed, a blind child prodigy who is on vacation from his special school in Tehran and his growing wonderment with nature and the works of God. This enchantment contrasts with the shame, apprehension and anger his widower father feels at being burdened with a blind son. A fact he is trying to hide from his new fiancée.
The plot, if predictable, isn’t an exercise in melodrama. Rather, it’s melodious – birdsong being a key theme – and profound without being preachy or manipulative. This is helped as much by the roles feeling less acted than lived as Majidi’s ability to express in cinematic terms some of life’s most enduring questions.
Posted by Unknown at 02:45 No comments: 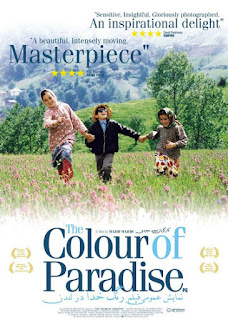